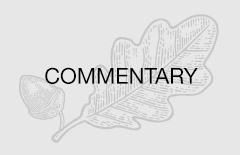 During the third quarter, the S&P 500 rose 8.9%, building on the gains of the second quarter’s strong rally from March lows and reaching new highs in August before finally taking a breather in September. The hiatus was propelled by rising concerns of another lockdown with Covid cases edging higher late in the quarter as economic activity expanded and students returned to schools and campuses. While volatility is likely the status quo given near-term uncertainties, we believe the worst of the economic damage has been done and signs of healing have begun to emerge.

The bear market decline of over 30% in the first quarter was reached in a record sixteen days as fear and panic surrounding the spread of Covid was priced into markets virtually overnight. Economies shut down and consumers stayed home. The damage was swift and deep with U.S. GDP falling 5% in the first three months of the year followed by a staggering 31% drop in the second quarter. Job losses were just as severe with the services industries hit the hardest. As we wrote early in the crisis, all this was done in an effort to ‘flatten the curve’ and prevent our healthcare industry from being overrun. While largely successful on the medical front, the adverse economic impact has been historic.

No less impressive was the market’s record-setting rebound from the bear market low, passing and then exceeding February’s all-time highs in August. (As an aside, these abrupt swings are further evidence of the perils of market timing that we often discuss). The sharp recovery was made possible by the Federal Reserve’s instant response to the crisis providing liquidity to both businesses and individuals that were most in need. Fiscal stimulus followed quickly thereafter. These early actions helped calm fears and lay the groundwork for the improving economic data, albeit from depressed levels, that we are seeing today. Since bottoming in April, manufacturing activity (U.S. Mfg PMI) continues to improve, returning to expansion territory (levels above 50). As more and more businesses reopen, consumer confidence has also begun to edge higher, an important data point for our consumer led economy. Improved confidence and low rates have in turn spurred on the housing sector as well. We also continue to see small net gains in overall employment, but a stronger recovery for workers remains elusive thus far. 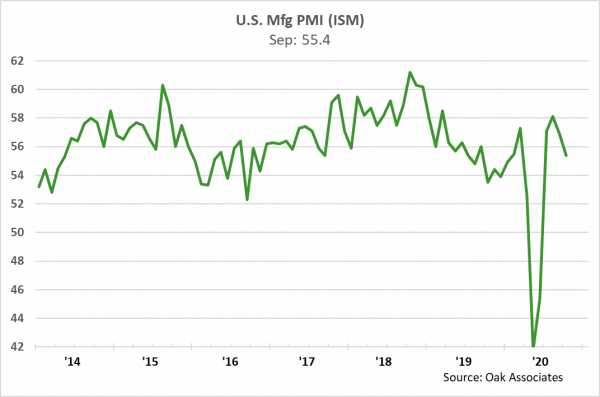 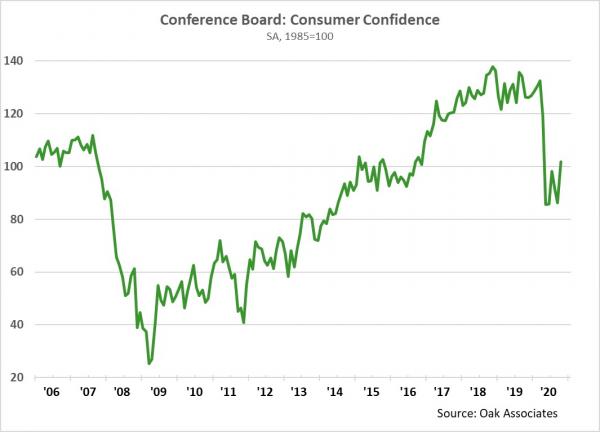 Despite the turmoil of 2020, markets are positive for the year thus far and the current backdrop continues to be supportive of equities. Rates are low, there is little to no inflation, and large amounts of stimulus have been injected into the system. Further, the Fed has made clear their intention of keeping interest rates low and we will likely see further fiscal stimulus before year end. As a result, we expect those companies that have been winners to continue in that role for now, though we remain vigilant in watching for signs of a change in this leadership. 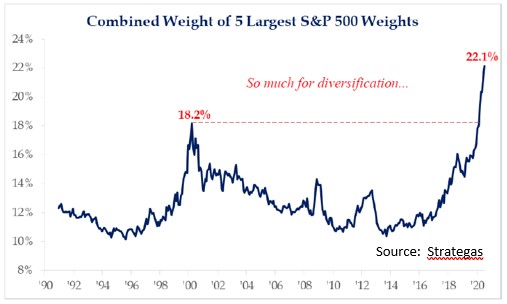 Over the past several years, market leadership has consolidated to the point where a few of the largest companies have been doing all the heavy lifting of pulling markets higher. As the chart here shows, the 5 largest companies in the S&P 500, a market-cap weighted index, now make up over 22% of the Index. Extremes such as these can persist but tend not to go on indefinitely. Interestingly, over 85% of passive ETF investors are in market-cap weighted strategies such as the S&P 500.

Passive investing has grown in popularity as a presumed lower risk way to gain exposure to equities. But clearly today this strategy is akin to blindly owning a very concentrated basket of the largest companies. This has been successful recently as those large-cap businesses have outperformed, but simply owning the five or ten largest stocks has been a losing strategy over time. Eventually, size becomes an impediment to growth and active management will be vital in identifying winners and losers as leadership rotates away from these largest players. It will take an economy closer to full recovery before we see this transition begin to occur, but it is an eventuality that we are monitoring closely.

This has been an unprecedented year, but with time we are learning to better work, live and play with Covid through a growth in knowledge as well as improved processes such as social distancing and cleaning protocols. However, many uncertainties remain from a permanent Covid solution (vaccine or treatment protocol), to the pace of the economic recovery and earnings visibility and of course the upcoming election. All of these and more have the potential to impact markets in the short run. More importantly for the long-term, the healing has begun and the stage set favorably for equities. We continue to be vigilant in our search for new opportunities knowing at some point the baton will pass to a new group of market leaders.

As always, thank you for reading and do not hesitate to reach out to us if we can assist you with your investment goals in any way.

The investments mentioned or listed in this article may or may not represent an investment currently recommended or owned by Oak Associates for itself, its associated persons or on behalf of clients in the firm’s strategies as of the date shown above. The investments mentioned do not necessarily represent all the investments purchased, sold or recommended to advisory clients during the previous twelve month period. Portfolios in other Oak Associates strategies may hold the same or different investments than those listed or mentioned. This is generally due to varying investment strategies, client imposed restrictions, mandates, substitutions, liquidity requirements and/or legacy holdings, among other things. The particular investments mentioned were not selected for inclusion in this report on the basis of performance. A reader should not assume that investment(s) identified have been or will be profitable in the future.