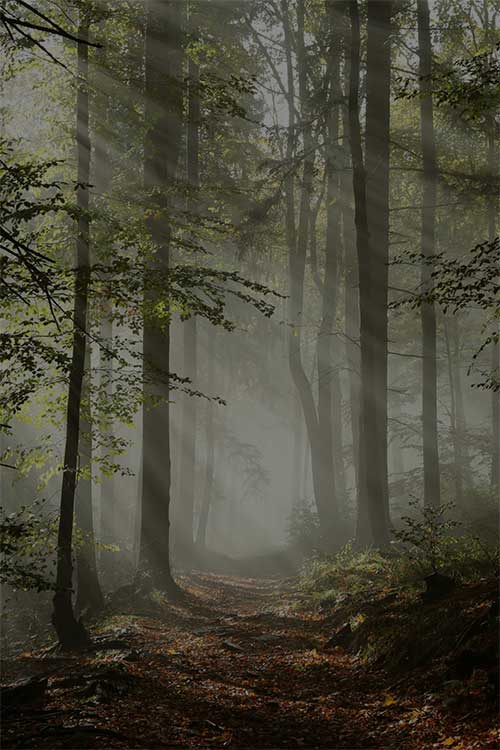 During the past fiscal year, the world progressed to live with the Coronavirus.  Two years into the pandemic and with immunity levels creeping higher, through inoculations or infection, a return to normalcy was well underway.  The realities of the post-pandemic economy, however, have had significant implications for the domestic US stock market.  Steps to contain inflation, repair supply chains, replenish the labor force and access affordable energy have presented challenges for global policymakers.  Changes in interest rates and other monetary constraints have pressured equity market valuations and increased risk aversion.

In the United States, after opting for a more tolerant perspective on rising prices throughout 2021, the Federal Reserve finally acted to curtail inflation in March 2022.  It has since embarked on a broad plan to raise interest rates, constrain the money supply, deleverage its balance sheet, and ultimately cool the economy.  The aggressive tightening cycle has pressured stocks and increased the risks of a deeper economic recession.

The US government’s policy response to the economic uncertainties of a global pandemic was understandable.  Politicians’ actions to support employment through the Paycheck Protection Program and to provide direct stimulus to consumers, via the CARES Act, certainly helped stabilize the economy.  However, once disrupted supply chains collided with consumers eager to move beyond the pandemic, inflation developed.  Economists had expected rising prices to abate once production activity normalized and the labor force recovered.  Inflation was thus characterized as being transitory rather than persistent.  This assessment changed once Russia invaded Ukraine in February 2022 and global energy and food prices soared.  Energy prices have an insidious way of affecting various industries, from fuel cost, feedstock for manufacturing, fertilizer for food, and utilities power generation.  The Fed finally admitted it could no longer remain passive.

In March 2022, the US Central Bank launched a series of interest rate increases to suppress inflation and slow economic activity.  While its actions were foreseen and telegraphed, US equities struggled in the face of rising recession risk, the War in Ukraine and any potential contagion, and the severity of the rate hikes.  Regardless of whether the tighter cycle produces a recession, a mid-cycle slowdown, or a soft landing, stocks do not like a contracting economy.  Higher interest rates lower valuation multiples, while also creating a problem for earnings growth.  A string of four consecutive 75-basis point increases was unprecedented and the Fed Funds rate rocketed from 0.25% to 4% in just 10 months.  In turn, mortgage rates also surged, topping 7% by October 2022.  This has had a sharp effect on home sales, affordability, and mortgage applications.

Exacerbating the inflation predicament was a contraction in the labor force during the pandemic.  For a variety of reasons, from health concerns, immigration policies, pay structures, self-employment trends, and demographics, the size of the US labor force fell sharply and has not fully returned to pre-Covid levels.  Competition for workers has added wage pressure to the inflationary cycle.  While a low unemployment rate typically reflects a healthy economy, it has also permitted the Federal Reserve to pursue a more aggressive tightening strategy.  Since the Fed’s dual mandate is to promote full employment AND stable prices, the tight labor market has enabled it to attack inflation with less fear of driving serious unemployment.  Policymakers hope that since businesses had been struggling to hire and retain employees, they may be reluctant to execute layoffs as in previous recessions.  Thus far, unemployment claims suggest they may be correct.

A meaningful shift in the monetary backdrop has also had significant implications for investors.  With the arrival of inflation, the program of Quantitative Easing (QE), or the purchasing of assets to provide liquidity and sustain artificially low-interest rates, has been retired.  The new de facto tightening will reduce the velocity of money and contract the money supply, helping remove the fuel for inflation.  For the past two decades, however, QE has also provided inadvertent support for asset prices and facilitated risk.  With the end of easy money and cheap financing, investors’ tolerance for stocks with long paths to profitability has faltered.  This caused high beta, unprofitable, and highly leveraged businesses to underperform during the fiscal year.  Our investment philosophy tends to avoid unprofitable companies and those with high leverage, but the shift in risk aversion caused a contagion of equity market weakness.

The sharp increase in interest rates and the new monetary environment have been painful for asset prices.  Apart from equity market weakness, bond investors have also experienced one of their worst years on record.  The iShares 20-Year Treasury Bond Fund, which tracks US Treasuries with maturity beyond 20 years, has dropped 33% during the fiscal year.  Real estate investors are feeling the pain of higher lending rates and a series of consecutive monthly drops in home prices.  Commercial real estate vacancy rates are also high due to enduring work-from-home trends.  Thus far, the labor market remains tight, although the weakness in housing has damped consumer confidence.  Unemployment at 3.57% is near 50-year lows and the number of jobs available per unemployed individual is still elevated.  Meanwhile, the JOLTS Index, which measures job openings and turnover, has dropped slightly but has yet to confirm new slack in the labor market.  We continue to watch these data series closely to gauge the Fed’s success and whether the slowdown will accelerate into a severe recession.

Towards the end of the fiscal year, the stubbornly-high consumer price index (CPI) for Goods, excluding energy, did show some moderation, although the Service series remains high and both are well above the 2-3% target levels.  The initial drop in CPI Goods has fueled optimism that the Fed is closer to pausing its restricting actions or even pivoting to being accommodative in order to avoid a recession.  This prognostication may prove premature until further data confirming sustained progress against rising prices emerges.  Until then the final determination of whether the Fed’s economic tightening will produce a recession remains outstanding.

Looking into 2023, the outlook for equities depends on a tapering of the Fed’s aggressive rate increase strategy.  The restrictive fiscal and monetary conditions are difficult; however, the market’s fiscal year decline reflects the discounting of the new environment.  Valuations have been lowered and expectations reset.  The US economy has always been driven by the consumer.  Success against inflation and a continued strong labor market would be positive for consumer confidence and spending.  A decline in mortgage rates would also recharge the housing and construction sector.  Given the severity of tightening measures already in the economic pipeline, we do believe that it is probable CPI and inflation have likely peaked and should continue to trend lower in 2023, albeit not always in a straight line.  To endure the uncertainty, our approach has been to focus on companies with strong market positions and profitability.  We naturally tend to avoid companies with high levels of leverage, or interest expense burdens, as these are incremental constraints to diminish profits or create refinancing risk.  We continue to favor those sectors with secular trends and shareholder-friendly practices.

Thank you for your investment in the Oak Associates Funds.

To determine if this Fund is an appropriate investment for you, carefully consider the Fund's investment objectives, risk factors, and charges and expenses before investing. This and other information can be found in the Fund's Prospectus which may be obtained by calling 1-888- 462-5386 or visiting our website at www.oakfunds.com. Please read it carefully before investing.

Past performance is no guarantee of future results. Investments are subject to market fluctuations, and a fund’s share price can fall because of weakness in the broad market, a particular industry, or a specific holding. The investment return and principal value of an investment will fluctuate so that an Investor’s shares, when redeemed, may be worth more or less than their original cost and current performance may be lower or higher than the performance quoted.